Kingdom of God to every home!

Church is a body of imperfect people united by perfect Christ. “Loving God and loving people” is the feature that distinguishes church from other places. If, coming to the church building, you can’t see that, you didn’t get into the church. Jesus Christ changes everything!

At all times God is the Absolute Ruler. He is writing the history of every person and nation. Moreover, throughout generations He has been creating a redeeming story by establishing His kingdom in the hearts of His saved children and restoring the lost relationship between man and God.

Having met the Truth in the person of Jesus Christ, we want to share it with you!It’s your attitude to Christ that defines your destiny not only here on earth, but also in eternity.As a family, we would be happy to see you at our home, where we learn the practice of high-quality Christian life from Christ’s words. We invite you to get to know the Person, who makes God’s kingdom on this earth  reality, not a myth.

What We Believe In

Learn more about what we believe in and why

Ministry is not a set of “have to do” to get something in return. You genuinely serve only when you genuinely love. Having met with the Great Savior, every Christian has a natural desire to be a guide of His glory and grace. Therefore, the goal of each ministry is to help people to worship God.

Learn more about life and ministry of church pastors. 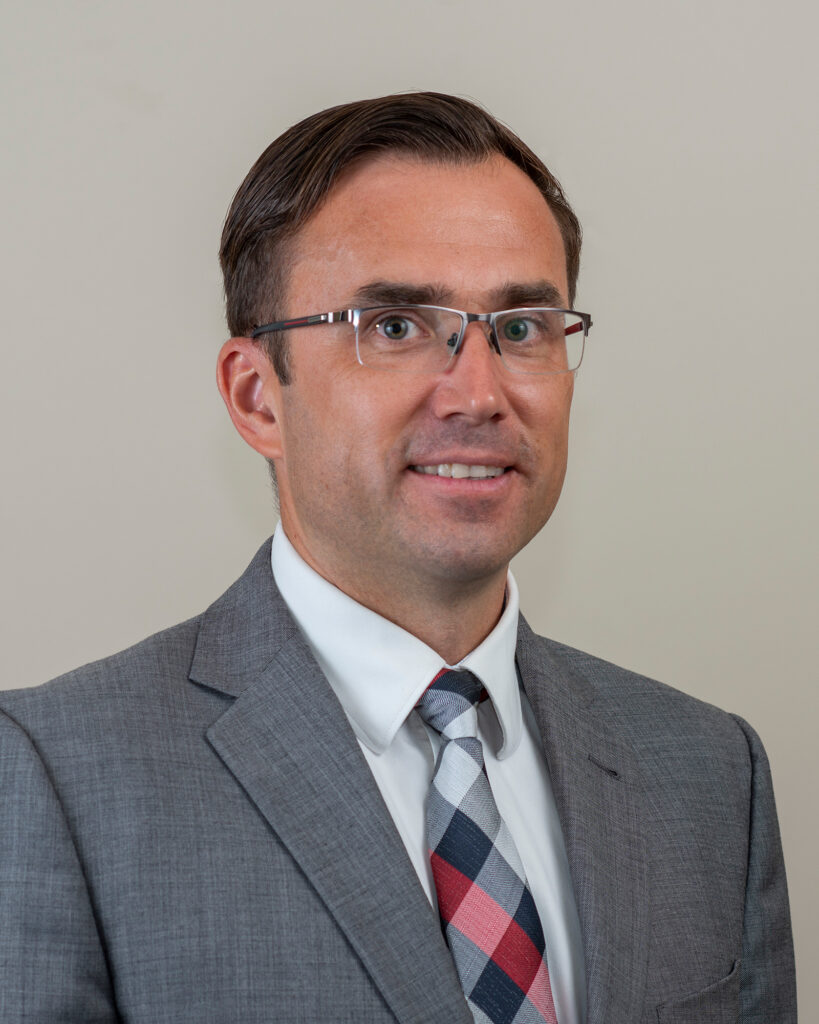 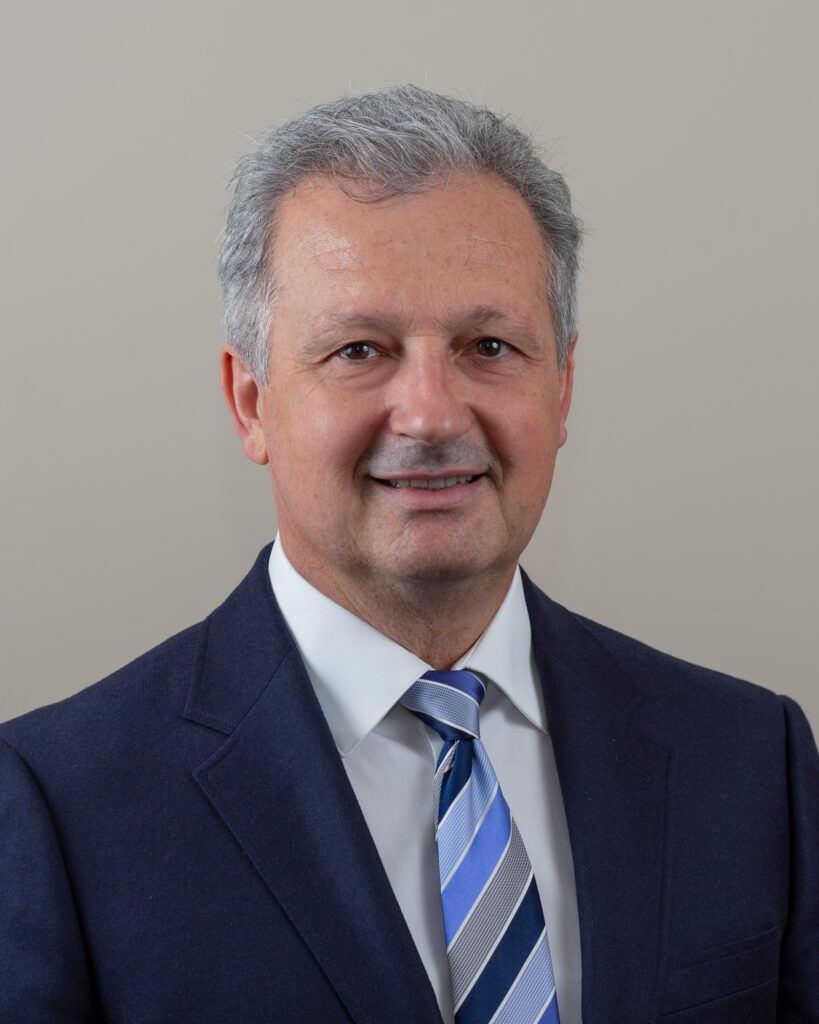 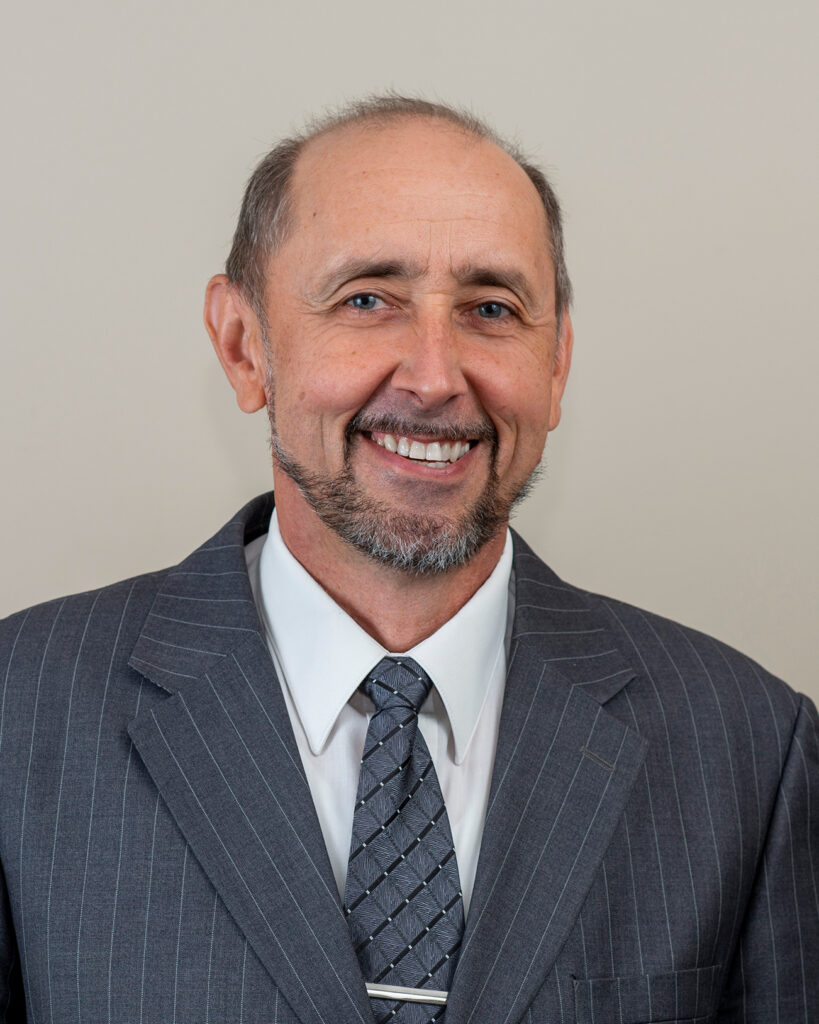 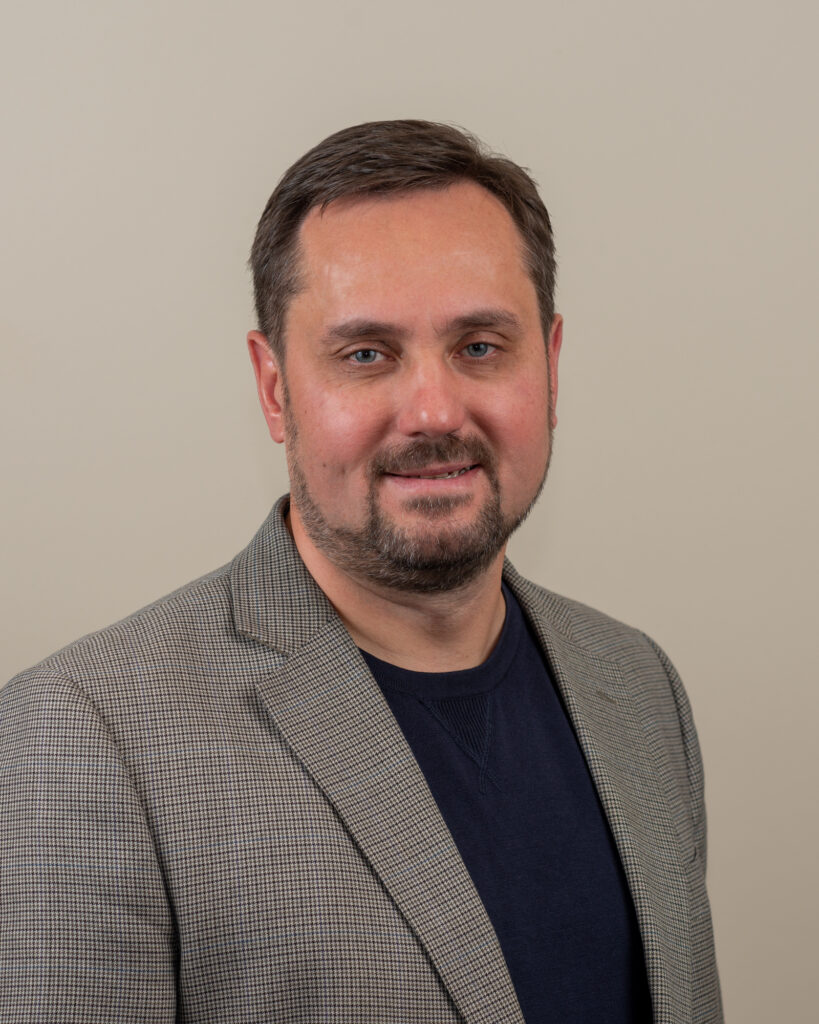 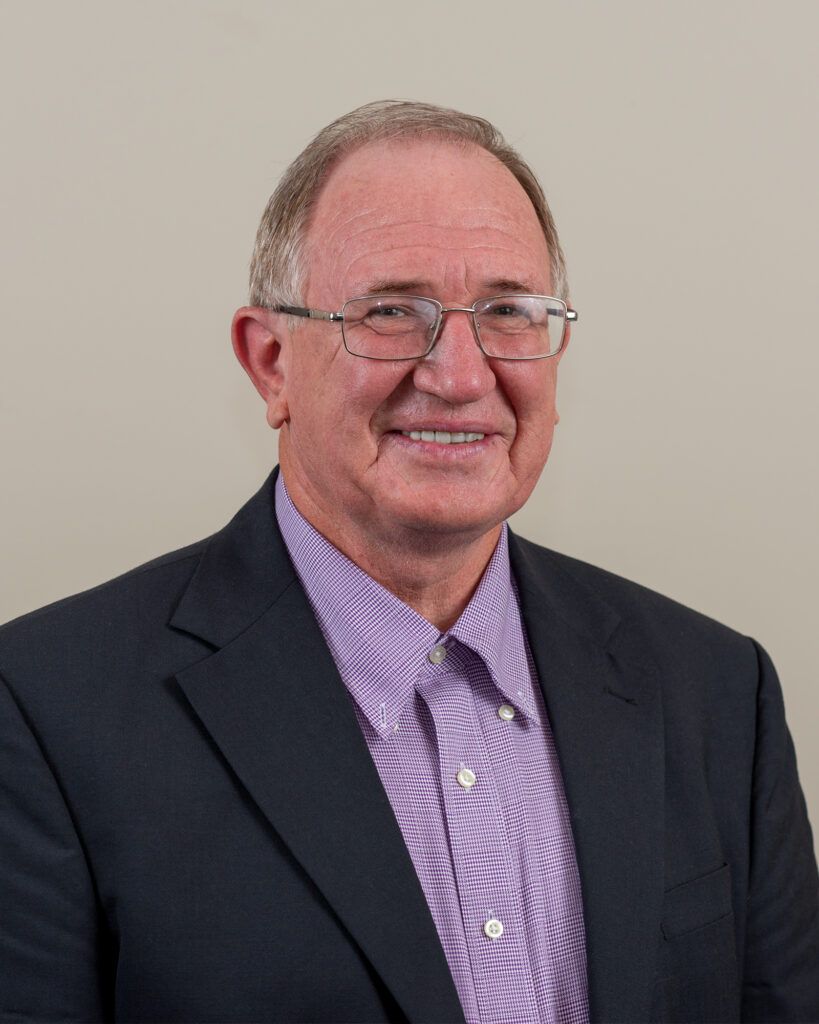 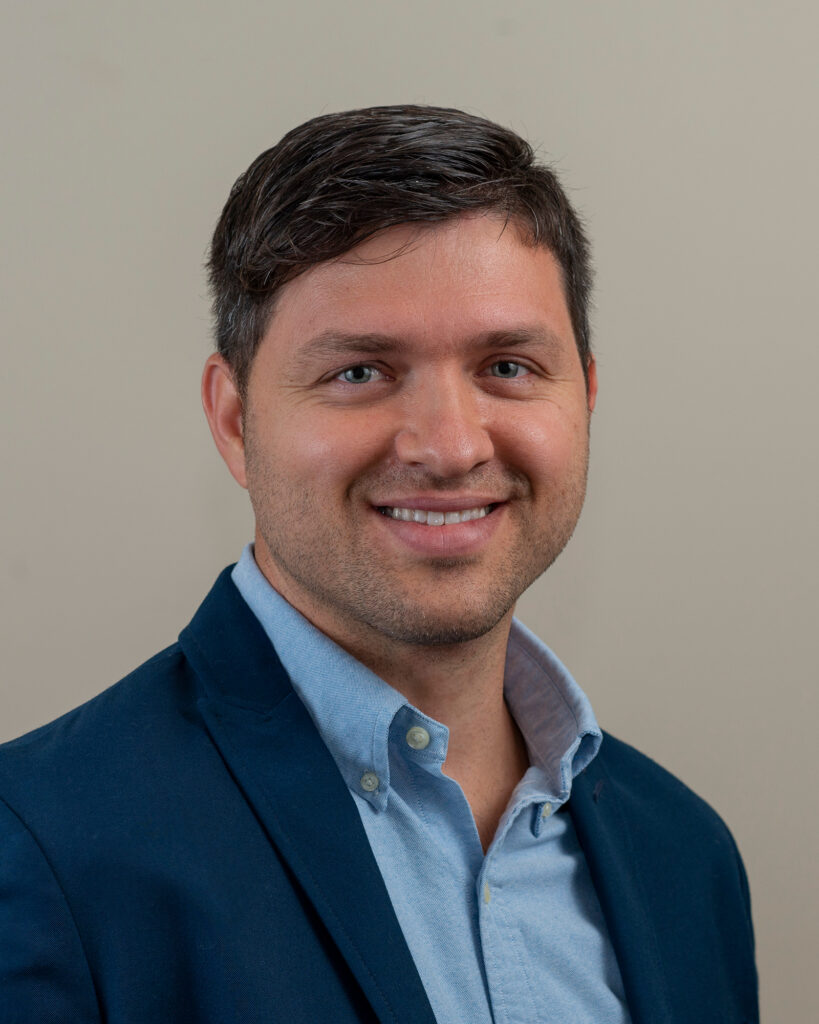 Life and ministry:
Dmitry Zherebnenkov was born and raised in a Christian family in Novosibirsk in north of Russia. His personal encounter with Christ took place at the age of 18. Two years later, in 1999, the whole family moved to the United States. Having settled in the city of Castro Valley (California), Dmitry began ministry among the youth of this city.

In 2011, Dmitry joined his family with Word of Grace Bible Church in Vancouver as the academic dean of the Bible Institute. In 2014 he was ordained to the pastoral ministry. Since 2013 he has served as a youth pastor, and since 2018 he has been responsible for mission and evangelism.

Since 2020 he has been the Senior Pastor of Grace Family Church. Together with his wife Irina, he is raising four sons. In his free time, he likes to play sports games with his sons. Favorite Book: Strongly influenced by E.T. Welch “When People Are Big and God Is Small” Education: Dmitry earned his BS degree from San Francisco State University (San Francisco, California), as well as two master’s degrees (M. Div. And Th. M.) at The Master’s Seminary (Sun Valley, California).

Book:
E.T. Welch “When People Are Big and God Is Small”

Ivan Oselskiy was born in a small village in the north of Moldova on December 9, 1963. Ivan’s father was a pastor, who cultivated Ivan's love towards God and ministry.

For many years Ivan worked as a businessman, participated and organized various local and large-scale Christian projects.

He is an Elder Board member.

Ivan was blessed with his wife, Raisa, a son and three daughters.

He has a degree in economics.

After moving to the United States, Ivan graduated from Bible school.

Credo: “Do all things for the glory of God”

Andrey Nesterenko was born in Kuban in the family of an evangelical preacher in 1965. As a result of the gospel and the exemplary life of his father, Andrey received Jesus Christ as his personal Savior at the age of 19. Since his youth, Andrey loved preaching the gospel everywhere, including the places he lived and worked.

In 1992 he was ordained as a deacon, and in 1992-1998 he participated in the development of a new Evangelical Church in the Krasnodar region, where ministered as the preacher and pastor.

In 2001, he was ordained as the youth pastor at the church in West Sacramento.

Since 2008, he has been serving as the evangelism pastor at Grace Family Church. As of now, he is an Elder Board member.

God has blessed Andrey and his wife Vera with three sons and a daughter.

Sergey Neagov was born in 1978 and grew up in a Christian family in the south of Moldova. Thanks to his father, he has had a knowledge of God since childhood. At the age of 19, Sergey received Jesus Christ as his personal Savior. From a young age he loved to preach the gospel of Christ and was also active among the youth.

In Grace Family Church, he is an Elder Board member.

Credo: “Seek first the kingdom of God and his righteousness, and all these things will be added to you.”

Joseph Sheremet was born and raised in Kramatorsk, Donetsk region, Ukraine. At 13, he and his family moved to Khartsyzk where he lived until immigrating to the United States in late 1999.

At the age of 17 Joseph accepted Christ as his Savior.

In 1998 Joseph was appointed as a minister in “Preobrazhenie” church in Khartsyzk.

At Grace Family Church Joseph spends most of his time preaching the Gospel, counseling, discipling, as well as performing church administration and leadership roles.

Joseph is an Elder Board member.

In 2006 Joseph graduated from The Masters Seminary in Sun Valley, CA, with a Master of Theology degree.

Credo: “For to me, to live is Christ and to die is gain.”

Vasiliy was born in 1959 in a Christian family in Moldova. Since his father was a church elder, Vasiliy knew about God from childhood. At the age of 17, he accepted the Lord as his Savior. He led an active life among the youth at a Baptist church in Beltsy, Moldova.

In 1988-1989 he was responsible for a missionary ministry in Russia's Belgorod region.

In 1990 he organized a Sunday school in a Beltsy church called "Bethany,” and since that time he had been involved in ministries associated with children. In 1991, he was called to serve in Christian youth camps.

After the establishment of Grace Family Church, he was again in charge of the children's ministry, and then ordained as a minister in August 2005.

Since the future of the church depends heavily on youth, Vasiliy and the church make serving them a priority.

Vasiliy is an Elder Board member.

The Lord blessed Vasiliy with wonderful wife and three sons.

In 1993 he graduated from the Odessa Bible School

Credo: “To live by faith”

Vasiliy Khripunov was born in 1958 to a large Christian family in Tashkent, Uzbekistan. He entered sports college after high school, where he proved himself to be a gifted athlete with a bright future. However, his mother and father prayed for their son to become a Christian and a servant of God.

In time, the prayers of his parents were answered. The Lord touched Vasiliy’s heart and he turned to Christ when he was twenty years old. The Lord soon began to use Vasiliy in service to Him. Nine years later he was ordained as an evangelist, and began to tirelessly travel throughout Central Asia, showing the film "Jesus" and other Christian movies to unconverted audiences, preaching the gospel and calling people to repentance. It was during this short window of time that God had opened such seemingly inaccessible places as universities, schools, and prisons for Christians to visit and evangelize. After immigrating to America, Vasiliy started going on missionary trips to Ukraine and Central Asia.

In Grace Family Church, Vasiliy is an Elder Board member and serves in evangelism.

Credo: “I’m not ashamed of Gospel”

Eugene Bardosh was born in a family of God-fearing parents in Odessa City, Ukraine. From early childhood, he had heard the Gospel and biblical truths. At the age of 15, the Lord saved him by His amazing grace, a rebellious teenager by opening his eyes to the Gospel.

After a short time, Eugene started participating in mission and youth ministry in church.

In 2003 he immigrated to the city of Sacramento in Unites States with his parents. In 2004, he became a youth leader in First Slavic Baptist Church of Sacramento and also became a member of the youth department of PCSBA.

In 2007 he was elected to the position of a director of the youth department in PCSBA where he served for 10 years.

In 2014 Eugene with his family became members of Grace Family Church.

In 2019 he was ordained for pastoral ministry and currently leads English ministry. Eugene also leads the fundamentals of faith class for those who are getting ready for water baptism, gives a discipleship class to train potential leaders for the ministry and participates in preaching at church.
In Grace Family Church Eugene is an Elder Board member.

Andrey grew up in a Christian family in Ukraine. He was baptized at age of 15 and has been blessed with opportunities to be engaged in multiple missionary trips worldwide. He has been happily married to Alina and has been blessed with five beautiful children. God has put a burden in his heart for his children and for other children at GF church. In 2012, Andrey has been promoted to be the Director of our Sunday school program. He has the desire for the young ones to grow up as strong citizens of our community and strong Christians.

Credo: "I can do all things through Christ who gives me strength.”