Don’t flirt with a sin

Past week has not been easy for our church. We went through a very serious shock; many questions arose. After the Wed. service, many had additional questions and concerns. The elders have asked me today to provide a biblical perspective on a very complex issue.

The question that worries many is the question of sin! Especially sin in the life of a believer. How compatible is sin with faith. We do not adhere to the doctrinal position that a believer can never and will never sin… In other words – perfectionism or position of perfection. Examining the Scriptures, we come to the conclusion that a believer can sin, but this is not his natural state. An unbeliever, can for sure sin. The interesting thing happens when a believe and an unbeliever commit the same sin… what now?

Let’s begin with the simplest – we will take two examples for comparison. One from the OT and one from the NT.

King Saul and king David. Both were in a similar position, they knew each other. And both sinned: Saul disobeyed God when He told him to go and destroy God’s enemy – Amalek, but Saul turned out to be more merciful than God and saved some animals and the king. David also sinned – he took his neighbor’s wife, killed Uriah, and thereby violated several commandments.

The second example is from the NT. Two disciples of Jesus. Both were with Christ, sat in the front pews of the synagogues when Christ preached, were eyewitnesses of His miracles… and at the end of Christ’s ministry, Judas betrays and turns Jesus in to the high priests. He sold Jesus for 30 pieces of silver. But, the other disciples is not better, he openly denies Christ three times! Both turn away from Christ!

These people fall into the so-called risk zone, or the sin zone!

The risk zone is the place of flirting with sin, which is not living by faith! It can be a vivid sin like: adultery, fornication, murder, deception… And it can be more tolerable sin: resentment, hypocrisy, unforgiveness, impatience, anger, love for fame, love of money…

There are two groups of people to whom the Word is addressed!

Every Sunday, people gather at church, and in the general mass, there are two groups of people: those who call themselves Christians, and true believers. And if one or the other group is in sin – the Scripture is addressed to both groups of people with the same call – this is sin, and you must repent! This is when your conscience condemns you – it is God’s instrument of saying that you are going against God’s will!

II. What is God doing with people at risk?

Nowhere in Scripture do we find even a faint hint that God encourages or turns a blind eye to man’s sin! God will never support a sinning person! Such a person is at risk! God never gives permission to sin. God never gives assurance to a sinning person. Such a person has no biblical basis and no assurance of his salvation. In Psalm 51:12, after he sinned, David says: “Restore to me the joy of your salvation…” He does not say, “restore to me my salvation,” but give me back the joy of my salvation! So, how does God react to someone’s’ sin?

A. God calls to repent. He calls for correction, for holiness, for a life of faith! This is God’s grace!

(Hebrew 12:1-4) Repentance is a renunciation of sin, a life of holiness, a look at Christ, and awareness of the value of Christ’s sacrifice for our sins. Thinking about how costly our salvation is to God.

If a person does not grieve from reproof and words, then God attracts the person’s attention with punishment!

What if someone is at risk today? If so, do not look for an excuse for yourself, and for reasons in someone else! The only correct way is to break down and repent, recognizing Christ as your Savior!

As the way for warning to Saul, Samuel brought up the unfulfilled assignment (1 Sam. 15:24 “But”). Nathan the prophet rebukes David. Christ warns Judas saying “one of you will betray Me,” “Judas, would you betray the Son of Man with a kiss?” And to Peter, “you will deny me three times” and at very last, Jesus simply looked at Peter (Luk. 22:61-62)

III. How should we treat people at risk?

Judas and Peter were among the 12 disciples of Christ. When Jesus said that one of them will betray him to the high priests, none of them suspected Judas. They each looked at themselves first: “Is it I?” Very often, when faced with a warning to turn away from sin, instead of testing ourselves, we begin to evaluate others.

How does Paul view people in sin? He does not try to distinguish who is a true believer and who is not. Scripture does not prescribe to us such a role! So, how does Paul handle this situation?

He worries about their reaction to his rebuke (v. 8)

Dear church – I love you, I will be very honest with you, I boast in your diligence, I rejoice for your successes, and with worry and concern I must say – that some of you need to seriously check your heart on the subject of sin. Have you truly confessed your sin? Have you forsaken your sin? Have you repented of your sin? Whether it is a sexual sin, as sin of anger and irritation, a sin of unforgiveness and resentment, a sin of unbelief… You have to basis in the Scripture to speak with confidence about your salvation if you live in sin!

How can we be partaking in the communion in a worthy manner? Do we get to the point of perfection with no sin? NO! (v. 29) But, we discern the body of Christ – He is our righteousness and in Him our forgiveness! 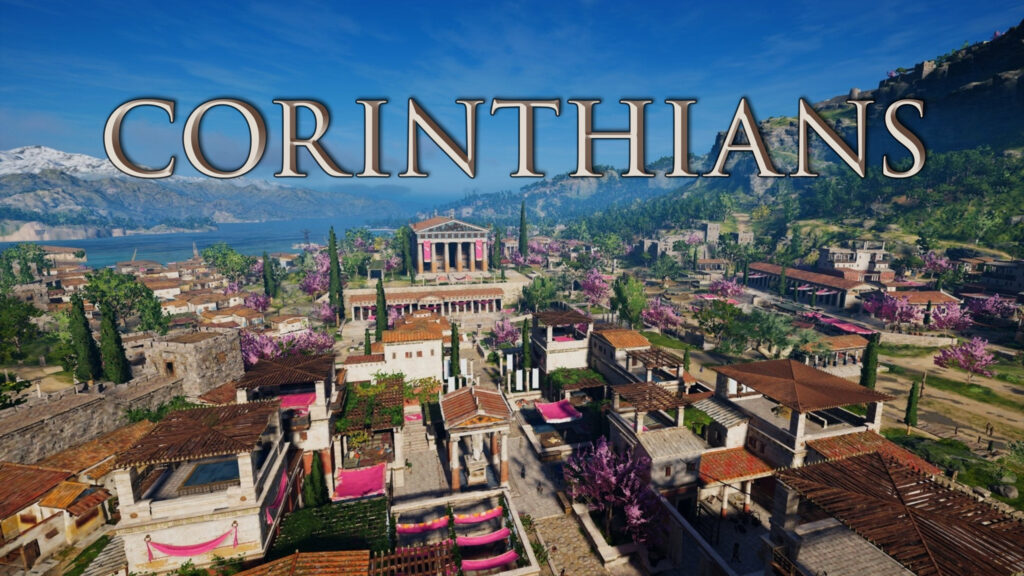 The Reality of Resurrection

You Are Destined: Sexuality